It has been quite a while since I had the time to sit down and leisurely write something. Like most people at this time of the year, I have been very busy.

Busy with work and with holiday-related events, but mostly, as most parents are, I am busy with my baby girl.

A Montessori article advised to “Follow the Child”. Taking this to heart, I have been mindfully observing Tala whenever I can. It amazes me how much she has grown for the past several months (she’s 11 months now)! She’s grown tall and lean. She now has a loud voice that often babbles and sometimes sings/hums. She loves books specially those with lift-the-flaps. She knows how to sign milk, more, eat, dog, and light. She insists on going outside, points at almost everything, and climbs and bear-crawls everywhere. She has become a handful!

But it is her persistent interest in ordinary everyday things that fascinates me the most. Sure, she plays with her toys but there are instances that she would really much rather play with a water bottle, an empty box, a doorknob or a kitchen tissue core. (Moms and Dads, who can relate? ???? )

One time, she kept on opening and closing the flap of our baby wipes and this gave me an idea. I call it an open-the-window activity board. ????

It was so easy to do and so fun to make!

I used the following materials: 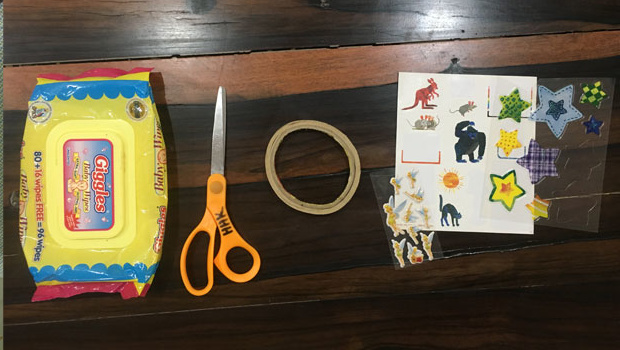 Here is what I did:

I removed the hard plastic opening with flap (I don’t know exactly what this is called, but this is the “main character”, haha) from the rest of the baby wipes pack.

I stuck these on the black side of the illustration board using double-sided tape. I initially tried using a glue-gun but it did not stick well after drying. I arranged it irregularly so that some of the “windows” will open upwards, some downwards, some to the left, some to the right. I think it’s more fun that way! 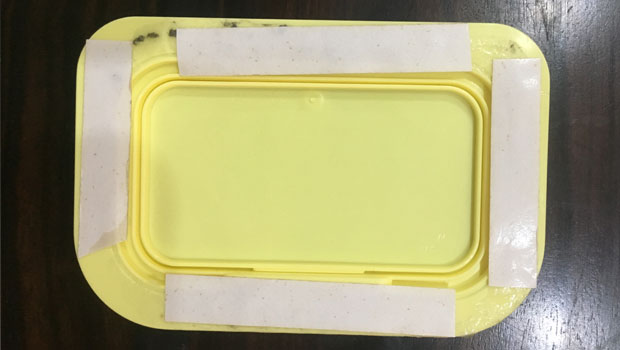 I then placed stickers inside each “window”. I have been keeping this set of Eric Carle stickers as part of my sticker collection (yes, I still collect stickers! Hahaha), but then I thought Tala would love these animal drawings, so I used them. 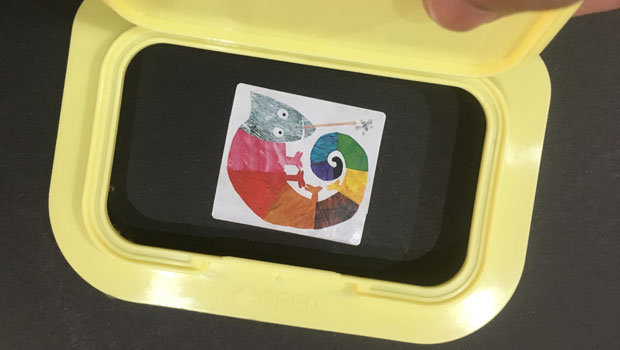 And just like that, my baby now has a new home-made toy to play with! :)

Sharing here a video of Tala busily opening the “windows”. :)

I would love to hear what home-made do-it-yourself toys/games you did for your kids! :)

Raissa is a first-time mom and her new experiences as a mother inspires her to share stories with other parents. She is also a pediatrician and breastfeeding counselor practicing in Cagayan de Oro City, Philippines. She dons another hat as a yoga instructor for kids, pregnant women, and postnatal moms.

View all of Raissa Paje-Bayawa's posts.